Why I mentor individuals with autism 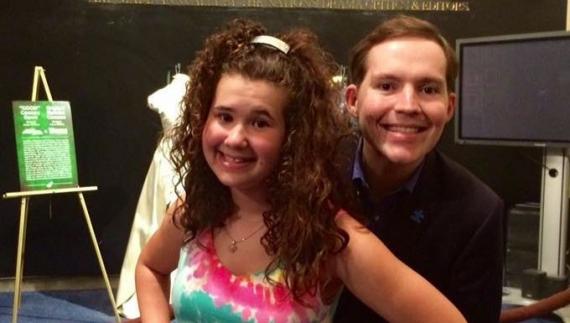 When I first found out I had autism at 11 years old, I often wished I had a role model to look up to who was on the autism spectrum. There were so many questions I had about the diagnosis and it would have been amazing to have someone to talk to who had been through a similar journey. I really knew no one who had autism at that time. I didn’t know of the Dr. Temple Grandin’s and Dr. Stephen Shore’s of the world.

Now as an adult who has overcame many of his challenges and is now a full-time job as a professional speaker and author, I’m blessed with the opportunity to take on the role of a mentor for so many young people on the spectrum and others with special needs. Living in New Jersey, using technology like Skype or phone calls for those who don’t prefer face-to-face interaction, has helped me provide mentoring services to individuals across the globe for almost the past decade.

Of my mentees was Jadyn. Jadyn’s mother Michelle reached out to me last year because Jadyn was starting her first year as a New York Jets Junior Flight Crew Cheerleader. Jadyn had been cheerleading for two years with a local special needs squad and now was getting the opportunity to perform in front of 80,000 people at MetLife Stadium as part of a halftime show for the NY Jets. As soon as she told me about her daughter’s story all I could think was that this girl was a complete inspiration.

I finally got to meet Jadyn for the first time at the Union and Morris County Walk I was instantly blown away by how adorable Jadyn was. Jadyn’s smile was infectious to me and everyone around her. We left the walk that day and met a few weeks later at the Central New Jersey Walk . Later that winter we met again at MetLife Stadium to join Jadyn in playing the NY Giants Snow Bowl flag football tournament to raise money for Special Olympics New Jersey. While all of this was going on, I met more and more of Jadyn’s extended family that have circled around helping and being there for Jadyn.

Even though Jadyn has some difficultly with communication today, I couldn’t be prouder of her for following her passions.

This is why being a mentor has meant so much to me. I know it may sound cliché, but I’ve learned so much more from my mentees than I think I could ever teach them. Regardless if it’s by helping individuals understand more about their strengths and weaknesses from their diagnosis, succeeding in school, helping them find employment, writing a book, getting into public speaking or just by simply being a friend, I hope I can continue this work for many years to come.

Podcast
Adulting on the Spectrum: Golden retrievers and simple rules to be an advocate

Podcast
Adulting on the Spectrum: Start of autism advocacy