"Sam Sunshine" uses his amazing memory to connect with others

This post is by Ilyse Levine-Kanji, a former employment discrimination lawyer, who lives outside Boston, Massachusetts with her husband and two sons, Sam (19) and Troy (17).  For more of Ilyse's advocacy work on behalf of people with autism, check out ilyselevinekanji.com or follow her on Twitter at @ilyseKanji 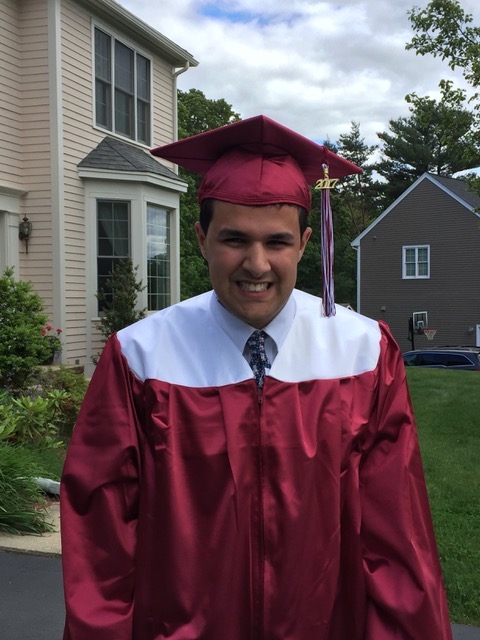 My 19-year-old son, Sam, who has autism, is the happiest person I know. When Sam finished public high school last June, his peers voted him “Most Likely to Brighten Your Day.” His nickname this year at his post-grad school is “Sam Sunshine.” Sam’s infectious joy and kindness is a perfect antidote to our current climate of divisiveness, stress and anxiety.

One consistent way that Sam spreads love is through remembering people on their birthdays. As soon as Sam meets someone new, he says in one breath: “what is your name and when is your birthday?”  Since Sam’s body language and prosody are clearly unusual (as is the question itself!), Sam often needs to repeat himself before the other person responds. But, once Sam knows your birthday, he never forgets it. He can tell you which Boston sports stars or other famous people share your birthday and what day of the week you were born on.  What I value the most about Sam’s special skill, however, is that he uses it to connect with others.  (The common belief that people with autism don’t want to connect with others is truly “fake news!”) 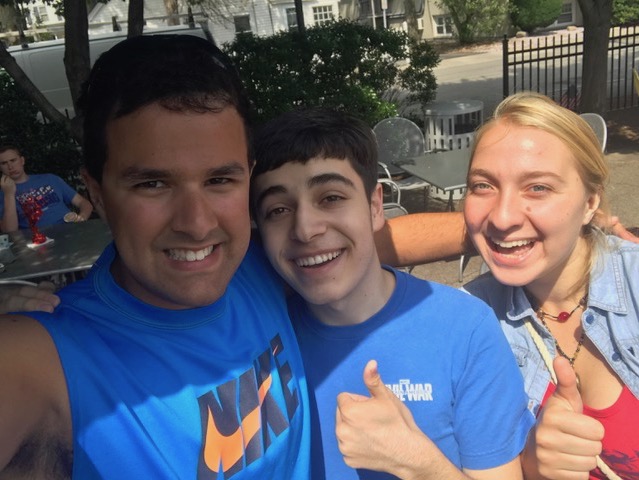 Each night before going to sleep, Sam sends messages to whomever is having a birthday the following morning.  That includes his 1,073 Facebook friends, although he’s very careful to notice which Facebook friends don’t list their birthdays publicly so that he can privately message them. Sam doesn’t just send a generic one-line greeting like the rest of us.  Instead, he painstakingly finds and shares a special “selfie” of him and the birthday celebrant (taking selfies is another one of Sam’s obsessions). Sam has a phenomenal memory so he also always includes remembrances about specific activities the pair has done together in his message. For those not on Facebook – including some former teachers, school custodians, the district superintendent, his pediatrician, relatives – Sam sends emails or hand-made snail-mail cards. Sam is careful to start the hand-made cards early enough that they arrive by the person’s birthday.

Most people are surprised and thrilled when they get a message out of the blue from Sam. They might not have seen him for years and are astounded that the little boy who seemed so disconnected from the world around him and unable to communicate effectively was actually paying attention, caring and learning. Sam is beginning to recognize that not everyone remembers birthdays as well as he does and takes pride in, as he says, “making people’s day.” 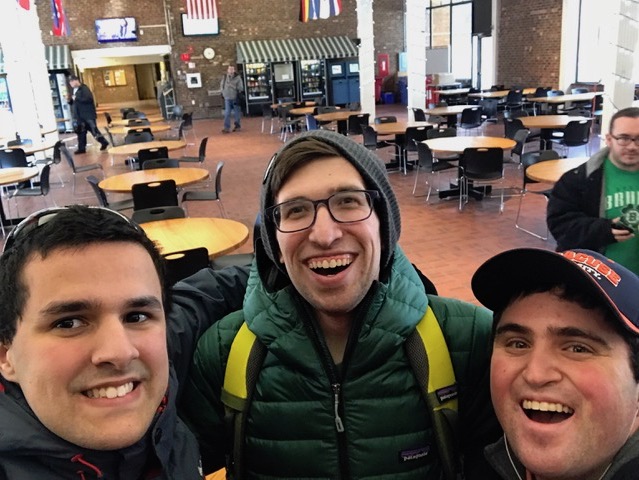 This isn’t to say that Sam is always happy. On rare occasions, he gets angry, like when the Eagles beat his beloved Patriots in this year’s Super Bowl.  Sam felt sad when his grandma and an uncle recently died.  However, Sam seamlessly transformed his sadness into something beautiful by frequently telling me how his grandma and uncle are watching him from Heaven whenever he’s doing an activity they used to enjoy together.  Sam also sometimes feels anxious, particularly when he wonders what the future holds for him after his current program ends. Contrary to conventional medical wisdom, Sam is able to recognize different emotions in himself and others, even if he doesn’t respond as a neurotypical person might.

For the most part, Sam is wonderfully upbeat, outgoing and adventurous -- all in his own quirky way.  His simple happiness brings joy to those around him, particularly to me, Sam’s proud mom.