My son doesn't resemble characters with autism on TV

This is a post by Kimberlee Rutan McCafferty, mother to two sons on the autism spectrum and an Autism Family Partner at the Children’s Hospital of Philadelphia (CHOP). Kim is also the author of a blog about her two children with autism. She is the author of Raising Autism: Surviving the Early Years available on Amazon. 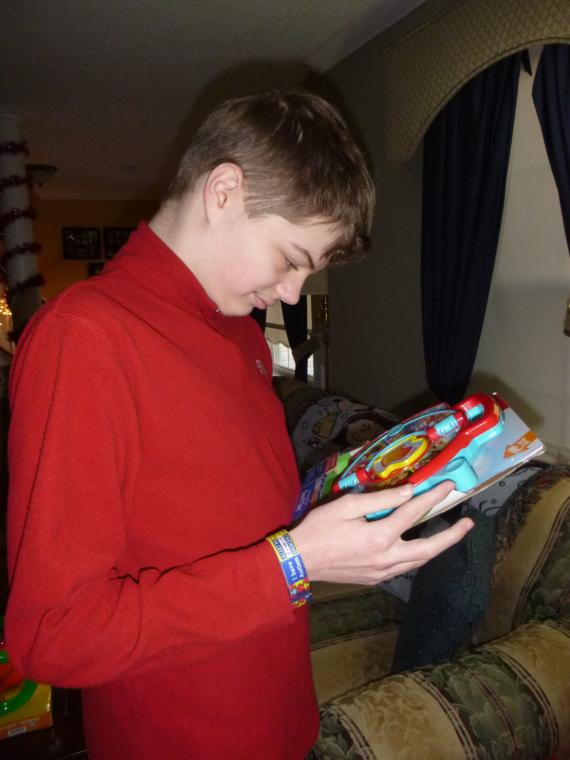 There are autism stories we do not see portrayed on TV on “The Good Doctor,” or in “Parenthood.” Yet, they exist.

People need to be made aware that even when autistic children receive the best of therapies, are in excellent school programs, and live with loving families, progress isn't guaranteed.

I have a fifteen-year-old severely autistic son with accompanying OCD, tics, and intellectual disability. There is no doubt in my mind (or even my husband’s) that of the few people in his inner circle that he loves, he is most attached to me. This is a child who at least once a day kisses me even when he doesn’t want anything and hugs me on a frequent basis. His level of outward affection has slowed somewhat since he became a teen, which I figure is appropriate for his age, but still we have a connection that through insomnia, aggression, refusing to eat, soul-sucking OCD, and this last year a terrible movement disorder that has since greatly resolved and has been diagnosed as tics, has remained true and strong.

And yet, despite this profound connection, we have survived our own aggressive incidences, some of which I have written about on my blog. Many I haven’t. It’s not because I’m embarrassed. It’s because I want the world to see him as I do- a loving, kind-hearted, intrinsically happy almost-man, despite his challenges.

I have no doubt that if I wrote more about the times I feared for his safety and for mine, people’s opinion of him would change. More than sharing with the world, I don’t ever want that to happen. I love this kid more than life. I want him to have as many options open to him as the world will provide. Thankfully we have moved beyond the period where it seemed like he was in constant meltdown, but I know many families are not so fortunate despite trying desperately to help their child.

Their stories need to be told too.

My eldest son is not like the protagonist on “The Good Doctor.” He’s not like my other son with high-functioning autism. And yet the truth is, with two sons on opposite sides of the spectrum, I am thrilled when either side is represented. Seeing an individual with autism portrayed as brilliant on a top-rated show can only be helpful to my youngest son, even if his autism doesn’t manifest in any way like the genius of Shaun Murphy.

But we need to share our stories too, in the hopes that awareness will result in better services for those on the severe side of the spectrum, those who cannot speak for themselves, those who require lifetime, 24/7 care.