The moment I realized my son's progress towards independence

"Yeah, it’s two butter knives, so what right? But for those of you who get it, you know these aren’t just any two knives from just any cutlery set. They represent so much more than a mayonnaise spreader." 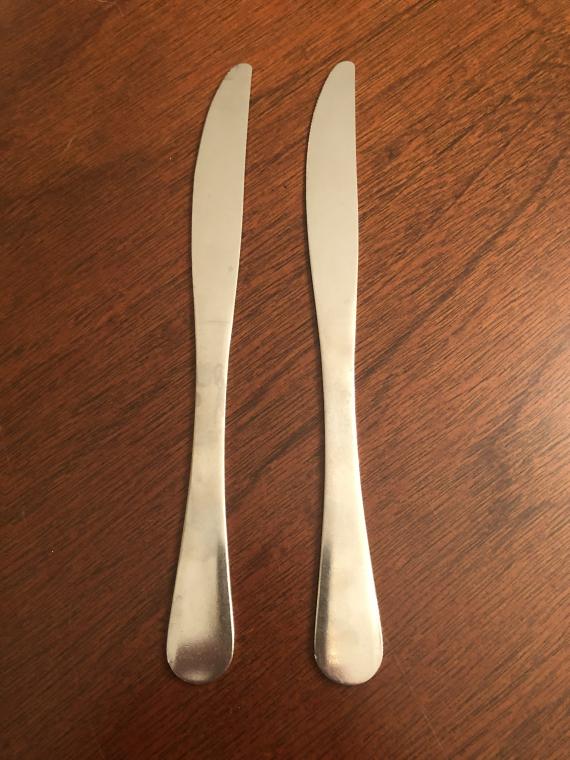 I never would have thought cutlery could bring me to a full fledged puddle on my kitchen floor, but last night it did. No don’t worry, no one stabbed me with my kitchen cutlery, although I don’t doubt someone in this house has envisioned that once or twice. This puddle was not blood or even a river of sad 2020 tears, this was a puddle filled with tears of overwhelming gratitude that was brought on by two simple butter knives that took me out.

I was unloading the dishwasher and I pulled out a butter knife I didn’t recognize. I wondered where it came from, but thought nothing of it due to my slovenly housekeeping ways, until moments later when I found a second one and that’s when I felt the lump in my throat form. These two knives were part of the cutlery, that my autistic son Ryan bought at college to make his cheese sandwiches.

Yeah, it’s two butter knives, so what right? But for those of you who get it, you know these aren’t just any two knives from just any cutlery set. They represent so much more than a mayonnaise spreader.

These two cheap, flimsy butter knives represent the independence I worried about since we heard “autism”.

These two knives are a proof the experts who told me “his speech is as good as it gets” or “he may never (insert anything you can think of here)” and the teacher who said he was “out of touch with reality” have been proven wrong.

These knives are a homage to the autistic individuals who came before Ryan who were institutionalized and whose families were told “it’s for the best” and never given the opportunity to prove to the “experts”, their families, but especially to themselves, what they were capable of.

These knives are a symbol of hope for the parents sitting at their kitchen table staring at their perfect child stimming happily in the next room as they research the internet on autism treatments terrified of what the future looks like for their recently diagnosed child.

And mostly these two ordinary butter knives are a reminder to me, his mother, who once believed the experts, who once believed “different” was something to be fixed and who once worried how my little boy would ever make it in the world without me to cut his sandwich just right, that if he can purchase his own cutlery, and cut his own sandwich then he sure as hell can cut his own path in the world.

So yeah, tonight I cried over cutlery. And damn did those tears taste good.