Josh's journey towards finding the right job and living independently 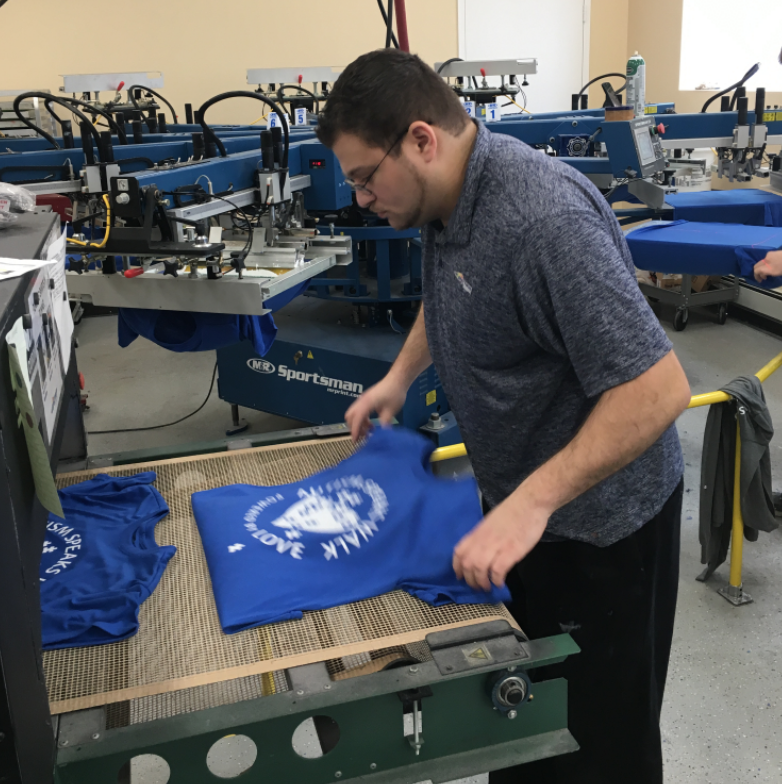 Spectrum Designs Foundation is a nonprofit organization that has devoted its energy to becoming one of the fastest growing apparel decorating businesses of its kind. Based in Port Washington, New York and founded in 2011 by Patrick Bardsley, Nicole Sugrue and Stella Spanakos, Spectrum Designs currently offers paid employment to 19 young adults with Autism. In partnership with sister agency the Nicholas Center, Spectrum provides authentic vocational training to over 31 high school students. In 2016, Spectrum Designs introduced affiliate businesses, Spectrum Bakes and Suds. While the affiliate businesses establish brand identity and repeat customers, Spectrum Designs has become the first business of its kind to partner with Autism Speaks in their national walk program, printing and shipping over 54,000 shirts across all 50 states. Quite simply, the more the businesses grow, the greater the volume of work needed and the wider they can open their doors to local teens and young adults with Autism, like Josh Mirsky. This is his story:

Josh began his employment with Spectrum Designs in September of 2016. He explains, “Before Spectrum Designs I worked in the restaurant industry, which didn’t work out because I didn’t feel understood. Following my employment at the restaurant I stayed at home and was pretty miserable.” This is a far cry from the Josh that Spectrum staff see coming in early every day, where Patrick Bardsley, Co-founder and CEO of Spectrum Designs has watched Josh grow and flourish as an employee: "Josh is the poster child of the can-do attitude - he always comes in with a smile on his face, in the mood to just get as much done as possible. He is a testament to our disabled workforce and has that attention to detail that has helped us grow so quickly."

On Mondays, Josh’s shift begins at 1:30pm. Josh struggles with getting out of bed, knowing this, he sets his alarm clock for 6:45am. After eating, showering and putting on his Spectrum Designs’ uniform, Josh focuses on his hair, adding “I cannot emphasize my hair enough, I go over it again and again because I need to look the best which makes me work my best... That’s just the way I view it.” After finishing with his hair, Josh focuses on downtime to think about his day, allowing him to clear his mind. Josh then leaves promptly at 11:30am because as he says, “I never know if there will be traffic on the highway and I always like to get to work early... you know, just in case I am needed.” 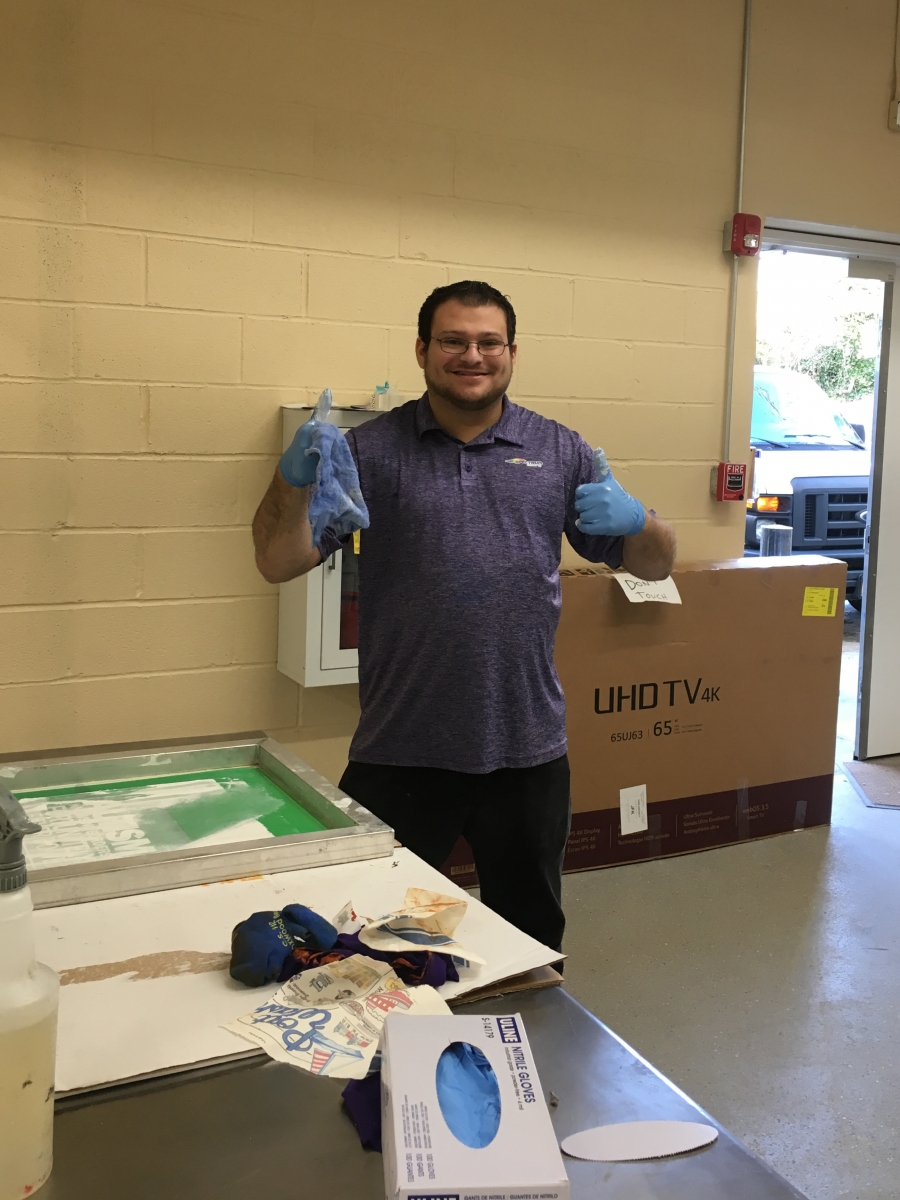 Josh loves to talk about his work at Spectrum Designs stating, “I am extremely proud of being selected for this interview. Spectrum Designs creates an outlet for me to give back to the community of folks who have Autism. My hope, my wish is that those who read this realize that if you have a good support system, try your best and work hard, you can achieve anything.”

Josh currently pays his cable bill, is able to put gas in his car and pays a portion of his rent. His goal this year is to continuing advancing professionally and to become completely financially independent, adding “I feel that it is every child’s responsibility to try and help and to give back to your parents, regardless of whether you have a disability or not.”  Josh adds that it is important he pay his own way, make his own money and function as an independent person. “My goal is to build a good work ethic and that is what I am learning to build here at Spectrum Designs.” Josh works hard and attributes this to his mother, Karen. Regarding Josh’s employment Karen says, “Spectrum enables him to become a better person and to have meaning and direction in his life.” Josh adds, “It must be working because I am picking up more hours and as a result gaining more pride and independence.” 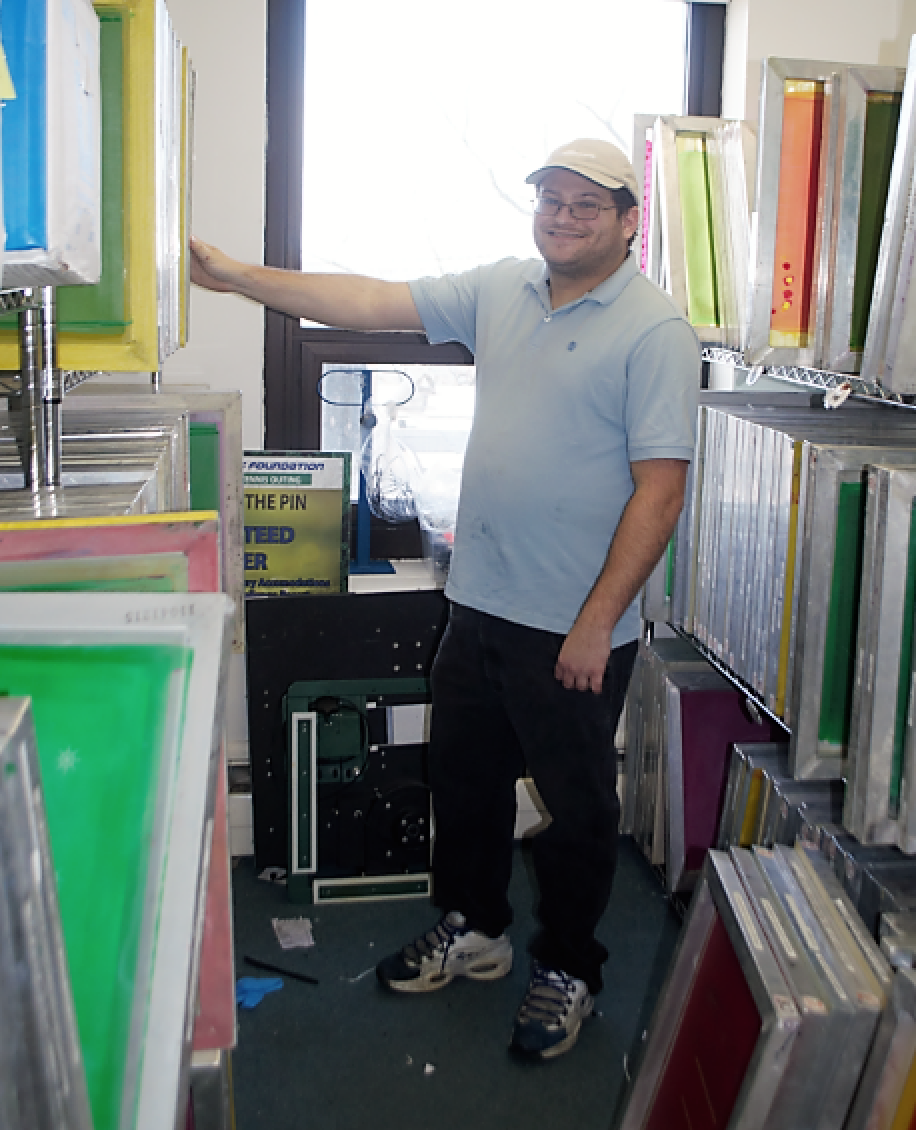 Chief Operating Officer of Spectrum Designs, Tim Howe reinforces this message of independence: "The idea that individuals like Josh can take home a pay check thanks to what we do here is just amazing. Those people and organizations like Autism Speaks who have made the simple switch to have their T-Shirts, Sweatshirts or even pens printed with us have contributed in a tangible way to Josh's increased independence."

Josh says, “Spectrum Designs proves that my hard work and effort can make my hopes and goals someday become a reality.” Josh works at Spectrum Designs three days a week anywhere from six to eight hours a day. All Spectrum Designs’ proceeds directly support the gainful and integrated employment of individuals with Autism and related developmental disabilities within all of their social enterprises. You can get involved, it’s simple- tell a friend and spread the love!