As a community, we need to embrace all "autisms." 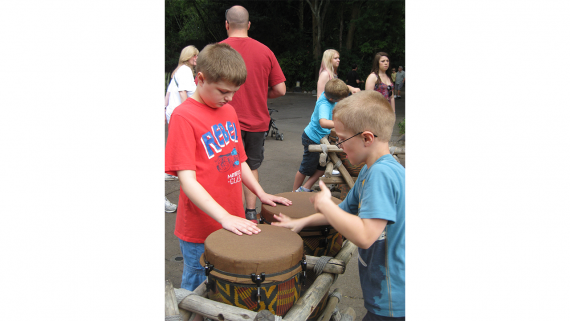 I’ve been reading blogs about autistic kids for going on seventeen years now, and I have seen every opinion and topic covered during that time from potty training to aggression, to the “has autism,” “is autistic” debate, to whether bloggers should be writing about their kids at all.

I have read impassioned commentary urging moms and dads to “presume competence” and not write about topics which would embarrass their kids. I have read commentary responding that their kids would never understand about the content of their parents’ missives, and that the readers need to vent to get through the day.

I am a blogger who has written about her severely autistic son for a decade. My boy, whom I love dearly and who loves me, has been aggressive in the past. I have written about some instances, but mostly kept them to myself. I’ve preferred to write about his triumphs and pass on tips to other parents to help them navigate the autism world.

The truth is I have chosen this path in part because it didn’t feel right to me to share that side of him, as it is not representative of who he is at his core, or how he predominantly acts at home, in school, or in the community. I also chose not to share to protect him. Anyone could read my blog posts and have a negative attitude toward my son, and that is the last thing I’ve wanted or would ever want. He is a loving, kind boy, and deserves to be perceived that way.

I have not chosen not to write about his episodes because he might come across them on his internet searches and be shamed by what I wrote.

Justin is autistic with high support needs, nonverbal and has intellectual disability. This does not mean that he is not intelligent. When my son was three one of his therapists pointed out to me that he was able to read, a claim I met with skepticism. After all, I was a teacher, certainly I would have noticed? He was only three. How could she possibly know this when he couldn’t talk?

She knew because when she put out an array of fifteen index cards and asked him to point to each word, he did so perfectly.

He did this over and over, and over again.

My son has some wonderful splinter skills. His ability to read, which peaked at a first grade level, has enabled him to do some academic work throughout the years. It has also permitted him great facility with Edmark, a reading comprehension program he uses both at home and at school. At a certain point he plateaued at about the level of a six-year-old, and yet I have never been more grateful that we could read young children’s books together, that he could do some work, and most importantly, navigate a computer so that he could do his Google searches to his heart’s content. He is able to play a number of games on the computer, and when we recently had to switch to a new browser with different steps necessary to open it he went with the flow like a champ.

And yet, if I read him one of my blog posts, he would not comprehend it. I am certain of this as his mother, as a veteran educator, and by the work he has done for the last fourteen years he’s been in school.

I know that someone somewhere is thinking “presume competence,” and I would respond that I do. I am, however aware of his limits. I work within them and continually push his boundaries in all developmental domains so that he can be his best self, but I know when to respect who he is.

The fact that he has limitations other neurotypical seventeen-year-olds have does not make him less than them.

What bothers me about saying “presume competence” is that to me it implies that somewhere inside my son is an almost-man who can comprehend writing and complex commands on a “typical” level, and that is just not true. He can’t, and that is okay. It also implies to me that he is somehow lacking if he does not have this advanced comprehension level, that there is something missing within my son.

And this, I can say with absolute certainty, could not be farther from the truth.

As a community, we need to embrace all “autisms." We need to recognize the child almost indistinguishable from his peers who knows an awful lot about Star Wars. We need to understand and support the adult and the parents of said adult who has aggressive meltdowns and self-injurious behaviors and intellectual disability. We need to see the girl-in-between-worlds, who can mainstream to a point and knows she’s different and may never live independently. We need to acknowledge the boy who is non-verbal and seems to reside in his own world but has typical intelligence.

We need to embrace them all.

And we need to do it now.