Coming to terms with knowing my son will never be independent 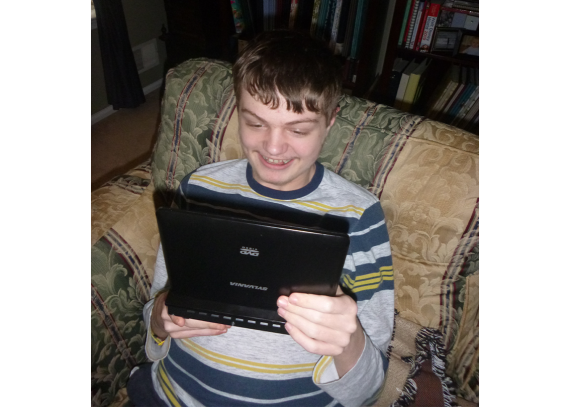 My eldest son is giggling fiercely, entranced by the 3D tour of Universal Studios I’ve googled for him on our computer. He sees the Hagrid Motorcycle ride and gives me the briefest of glances, and I smile and acknowledge that yes, we’ve been on that together. The video is a good twenty minutes long, and I know that afterwards he will amuse himself with other similar fare, and doesn’t need me anymore to orchestrate his entertainment. Every year he grows more and more independent, small steps away from us doing so much for him.

It is a joy to witness.

Something interesting has happened during this month-long lockdown. For years I have been working on fostering independence with self-help skills and chores with Justin, and while we’ve made progress, it’s been incremental. These last few weeks I’ve been seeing a subtle shift in his willingness to do more on his own. I’ve seen it in how he dresses himself in the morning, or bathes himself in the shower at night. It’s taking less nudging for me to get him to use a fork at meals. He’s putting his clothes away at night with less prompting. And I have to say, most importantly, he’s been so compliant with me as I’ve put him through his paces with school, having him do chores, worksheets, and work on the computer since his school shut down.

I think the shift has to do with the world slowing down, and us being able to focus on the task at hand without having to rush off to do something else.

Justin will never be completely independent of us. This remains, and will always remain, a bitter pill for me to swallow. My boy was diagnosed with autism at the tender age of seventeen months, which was quite an unusual age in 2004. I then threw myself into doing therapy with him for the next year-and-a-half because Virginia did not provide ABA therapy or recognize an autism diagnosis at that time. My goal was for him to  ultimately to gain independence from us.

But now I know, my son will not reach either goal.

I wish I could change that about his life trajectory. I know some people would say that wish would change him fundamentally and it’s wrong, but I disagree. At the core of who he is Justin is a kind loving soul that would not change if his degree of autism shifted. I would just prefer to leave this earth knowing my child could fend for himself when I’m gone and was not reliant for his lifetime on individuals other than his parents.

I can’t change the fact that he will often remain dependent on others. But I can do all I can to help him do for himself as much as possible.

And I believe, for me, this will be the greatest gift. The knowledge that my kind, brave son can still make progress with patience and practice. That if his parents and his teachers keep working with him he will acquire more skills, and make things easier on the people who will care for him when his dad and I are gone. That this beautiful boy, who gave me my most important and life-changing role seventeen years ago, will continue to grow and be happy. I know we can continue to grow together.

And at least during this difficult period of quarantine, I can say the two of us have been able to do just that.