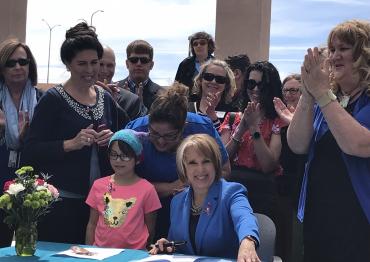 New Mexico has set a new precedent by creating a statutory requirement for Medicaid coverage of autism therapies, including applied behavior analysis (ABA), regardless of an individual’s age.

New Mexico has had a Medicaid children’s ABA benefit since 2014. HB 322 will expand coverage to all state Medicaid recipients with autism spectrum disorder (ASD). Medicaid-eligible individuals with ASD served on the New Mexico Developmental Disabilities Waiver, as well as those on the waiting list for services and those who do not meet waiver criteria, will all now be able to access autism-specific services.

In addition, the new law removes all age and dollar caps from the state’s current autism insurance mandates.

New Mexico passed its original autism insurance mandate in 2009. However, coverage had been limited to individuals nineteen years old and younger or individuals twenty-two years old and younger who were still enrolled in high school. Furthermore, coverage for autism therapies was limited to $36,000 per year and $200,000 per lifetime. The state passed a public employee mandate in 2013 that also included age and dollar caps.

Effective June 15, 2019, individuals of any age will be guaranteed coverage for the diagnosis and treatment of autism, without limitations, under state-regulated health benefit plans.

“We are grateful for Representatives Elizabeth Thomson, Karen Bash, and Natalie Figueroa for sponsoring this landmark legislation,” said Lorri Unumb, Vice President of State Government Affairs at Autism Speaks. “Their leadership and the dedication of autism advocates throughout the state were instrumental in achieving this precedent-setting milestone.” 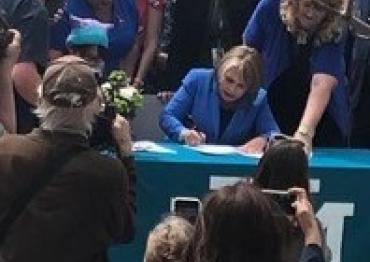 Joel Davis of the New Mexico Autism Society and Gay Finlayson of the University of New Mexico Center for Development and Disability assisted the sponsors in moving the bill through the committee process. Senator Linda Lopez carried the bill on the Senate floor on the last night of the legislative session.

According to Finlayson, who worked on all three insurance bills, the New Mexico autism community remained united and committed to autism insurance reform. “HB 322 completes a ten-year journey started by a grandfather, finished by a mom, and accomplished through grassroots advocacy, legislative action, and the willingness of three governors to honor our efforts,” said Finlayson. “This is an important step forward for New Mexico, and we are excited about celebrating our success on April 2 - World Autism Day.”

Advocacy News
Medicaid coverage for Texas children with autism
We're Here to Help Chat with Us
Autism Response Team Chat
There are no available agents at the moment.